I have adored animals for as long as I can remember.  From my first German shepherd, a lovely animal named Duchess, to my Holstein cow Beauty, to my first kitty, Smokey. Then there was my childhood horse, Becky, and the other assorted, dogs, cats, turtles, fish, parakeets, gerbils, canaries—even a pigeon named Lollipop—that followed.  Each has commanded a special place in my heart.
﻿﻿﻿
﻿﻿When I was a child, cats followed me wherever I went like children chasing after the Pied Piper. I nursed injured butterflies back to health. One day, I tearfully convinced my fourth grade teacher to let me release the winged grasshoppers she’d accumulated for the science class’s dissection.  I’m pretty sure the grasshoppers were happier about my success than the school’s groundskeeper.﻿﻿
﻿﻿Not much has changed since then. When I see a drowning earthworm, I relocate it. I move caterpillars off walking trails so they don’t get smashed. I save snails and slugs.  (Don’t tell my neighbors!) If it weren’t for my husband, I’d surely be locked away in whatever prison they use to hold well-meaning hoarders.
So it’s not surprising that animals play prominent roles in my mysteries. How could they not?  After all, I write what I love, and I love nothing more than animals.  The mystery in Karma’s a Killer gave me the perfect opportunity to weave in some unusual animal characters.  The story revolves around an animal rescue group, a wildlife rehabilitator, and a group of animal activists who clash with deadly results.


As always, my writing is fiction, but it’s strongly informed by my life. Many of the animals in Karma’s a Killer are based on real-life creatures.  Bella, the German shepherd, is in many ways a carbon copy of my own special needs German shepherd, Tasha. Blackie—a rehabilitated crow who plays a prominent role in the story—is modeled after a wild crow that has befriended her. Their relationship has touched me and changed my opinion of crows forever.

﻿
Mister Feathers, the pigeon that “decorates” the entrance to Kate’s yoga studio, is similar to a pigeon that roosted above my own yoga studio, Whole Life Yoga, a few years ago. I saved him from a hawk attack, and the experience changed me in a profound way.  If you're interested, here's a blog I wrote about that day.
Raising goats is still a pipe dream, but I’m chiseling away at my husband’s resolve a little more every day.  If I have my way, pigs and a few chicken-girls will soon join the menagerie.  ;-)
How about you?  What animals are important in your life?  Tell me about your favorite furred, feathered, scaled, and exoskeletoned creatures in the comments.  Who knows?  Maybe they’ll end up in my next mystery!

PS--all three books in my Downward Dog mystery series are now available!  Learn more at http://tracyweberauthor.com.  Thanks for reading!

5 Sure Signs That I Can Let Go of My Manuscript (Finally!) 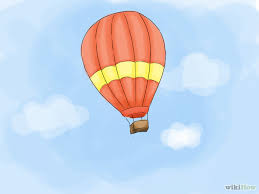 Over the weekend, I read a printed copy of my manuscript for WHISPERS IN THE MIST (August 2016). I read it fast, looking out for loose ends and moot remnants still hanging around from previous versions.

At this point in the writing process, I always know that I'll feel compelled to read the manuscript just one more time before hand off, and I know I'll still find things that need fixing, and I know I'll worry about whether the newest changes have themselves caused inconsistencies (or typos!) that will require me to re-read the manuscript AGAIN ...

It could go on forever, but there comes a point when I have to let my baby go. Given that I can always continue improving my stories, when do I feel that "yes" feeling about letting a manuscript go?

1. The latest manuscript read-through was mostly clean. Changes were only for clarity, consistency, and pruning. Nit-piks.

2. I have no more questions to myself about nitty-gritty plot points. (My stories are kind of complex.) Yes, all the bits and pieces are there.

4. I've gone through a copyedit (as best as I can since I'm not a copyeditor) on my own. I catch a lot of weird prose quirks when I focus on the line-by-line. We all have our easy-way-outs when we're writing. For example, I love m-dashes, but they can be used in place of properly crafted sentences.

This is also when I deal with rhetorical questions, such as this example from a previous draft of WHISPERS:

Danny still couldn’t fathom why Malcolm had offered up the alibi unless it was to humiliate Danny. But why? Because he was pissed that Danny hadn’t prioritized the graffiti vandalism? Because he didn’t like Danny prying into McIlvoy’s life?

This is just lazy writing. Really. At least for me. A bunch of rhetorical questions in a row tell me I need to go deeper and get to the heart of the matter in a more precise fashion. This might mean adding word count, but that's OK. So now it's this:

Danny still couldn’t fathom why Malcolm had offered up the alibi unless it was to humiliate Danny. He hadn’t prioritized finding the phantom graffiti artist, true, but surely Malcolm understood that vandalism didn’t rate as high as murder.
No, the alibi had to be a good-old-fashioned diversionary tactic. Most likely to distract Danny from prying into Malcolm’s relationship with McIlvoy.
5. Last but not least, I've word-searched words I know to be problematic, such as the "just"s and "really"s. Excess adverbs. The verb "was," which could indicate a yucky passive voice sentence or a sentence that needs rewriting with a stronger verb. I have a word list that I keep handy for this tedious, final task.

It's not that I get rid of every "just," "really," and "was" -- but I do consider them carefully. It's so easy to fall back on them -- another easy way out. (Oh, look at that, falling back on m-dashes again!)

Also, during all of this, I'll have noticed other words -- not the usual "blah" words -- that I fell in love with for some reason. For example, while writing WHISPERS, I used "flicker" a lot. Everything was flickering, from candle and sconce light, to gazes, to birds in flight. It was a positive flicker-fest, enough to cause a migraine!

All of this may be tedious, it may add to my writing time, but in end, I love the satisfaction of knowing, beyond a shadow of a doubt, that I've done all that I can do.

There's no such thing as perfection; there's only doing the best we can.
Posted by Anna at 2:33 PM No comments:


Edith here. My 1888 midwife Rose Carroll attends births in her clients' homes as her profession. When I was having babies several decades ago, I also enlisted home birth midwives. In fact, today is my younger son's birthday.

Despite working with a well-known independent midwife (with physician backup) for my older son's birth, his positioning and large head led us to need a C-section after forty-eight hours of labor. These are the cases where, unlike in 1888, we are glad for antiseptic procedure and skilled surgeons. My nine-pound twelve-ounce son (with his sixteen-inch head) was fine. The hospital nurses said they'd never seen such a big head on a newborn. I ended up fine, too, and we nursed as a couple until I became pregnant with Allan's younger brother two years later.

I had done my homework and I knew second births are usually faster and easier than firsts. We again signed up with an independent midwife for a home birth, also known as VBAC: vaginal birth after Cesarean.

To my dismay I experienced two days of vigorous labor just like the first time. I walked the halls. I labored on hands and knees and in a tub.
I squatted. My baby was lodged in a transverse (face up) position and nothing was bringing that little guy out, so we were forced to endure another surgery. Imagine my surprise when they said this nine-pound eight-ounce boy's head measured sixteen and a half inches!

From my studies, I believe if Rose Carroll had encountered births like these, she would have waited longer, but if the baby showed signs of serious distress, she could have transferred the mother to the new hospital across the river in Newburyport. C-sections were being done by then, and the importance of keeping incisions clean to avoid infections was known.

Readers: want to share your birth story - your own, your child's, or one you witnessed? Any experience with home birth, or are you squarely in the hospital camp?

Delivering the Truth, Edith Maxwell's first Quaker Midwife Mystery, releases April 8 from Midnight Ink. She writes several other mystery series as well as award-winning short stories, and blogs with the Wicked Cozy Authors.
Posted by Anna at 3:55 AM No comments: 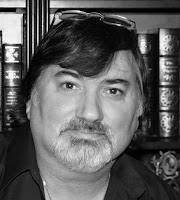 Tj O’CONNOR IS THE GOLD MEDAL WINNER OF THE 2015 INDEPENDENT PUBLISHERS BOOK AWARDS FOR MYSTERIES. He is the author of Dying to Know, Dying for the Past, and Dying to Tell, available in bookstores and e-books from Midnight Ink. He is currently working on a traditional mystery and a new thriller. Tj is an international security consultant specializing in anti-terrorism, investigations, and threat analysis—life experiences that drive his novels. With his former life as a government agent and years as a consultant, he has lived and worked around the world in places like Greece, Turkey, Italy, Germany, the United Kingdom, and throughout the Americas—among others. He was raised in New York's Hudson Valley and lives with his wife and Lab companions in Virginia where they raised five children. Dying to Know is also the 2015 Bronze Medal winner of the Reader’s Favorite Book Review Awards, a finalist for the Silver Falchion Best Books of 2014, and a finalist for the Foreword Review’s 2014 INDIEFAB Book of the Year Award.

Learn about Tj’s world at:

I'm planning a fun, busy and productive 2016.  As I mentioned last month, my second Barkery & Biscuits Mystery, TO CATCH A TREAT, will be a May 2016 release, and my third Superstition Mystery, UNLUCKY CHARMS, is scheduled for October 2016.

And on the last day of 2015, I received some wonderful news.  My first Barkery Mystery, BITE THE BISCUIT, is a finalist for the Maxwell Award in the fiction category of the Dog Writers Association of America's annual writing competition!  I've got some stiff and excellent competition, including Midnight Ink's Sheila Boneham, but I'm thrilled just to receive the nomination, whether or not I win.

So... Happy New Year!  May you each have a wonderful 2016, filled with happy surprises, lots of fun mysteries that you read and/or write, and everything else that you hope for.