My fourth Chloe Ellefson mystery, Heritage of Darkness, is soon hitting the bookshelves. Chloe Ellefson, my curator-protagonist, has traveled to Vesterheim Norwegian-American Museum in Iowa. 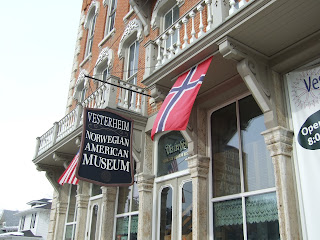 The book takes place during the first week of December, 1982. Chloe is asked to interview several elderly people about their Christmas traditions. Those traditions shape the plot. The book’s climactic scenes takes place against the backdrop of the museum’s annual Norwegian Christmas Weekend. 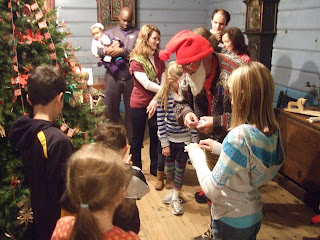 Several friends have wondered about the Christmas theme. Have I limited my audience? Will people want to read the book in July? Will Jewish readers be put-off?  Etc., etc.
I can’t help wondering why I haven’t ever gotten the similar questions in reverse. The first book in the series, Old World Murder, takes place in June; The Heirloom Murderstakes place in July; The Light Keeper’s Legacy takes place in September. No one’s ever asked if I’m worried that readers won’t want to read those books in winter.  No one’s suggested that the series is only of interest to Christian readers because Chloe was raised in the Lutheran church. 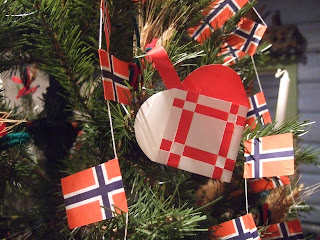 Perhaps it’s the specific holiday that prompts the question.  Are people in the mood for Christmas reading while sunning on a beach?  Will people who don’t observe Christmas be interested?
Obviously, I hope so.  What attracted me to this time and place is the wealth of heritage and traditions swirling around the holiday observances.

Chloe discovers that some of the customs popular in Norwegian-American communities have roots that stretch far into the pagan past, when evil spirits roamed the skies during the darkest, coldest days of the year. Any humble peasant who dared venture forth was in danger, and people developed unique traditions as they tried to ward away evil.
Darkness, evil, fear…all pretty good stuff for a mystery writer!  I had great fun weaving some of the folklore into the plot. 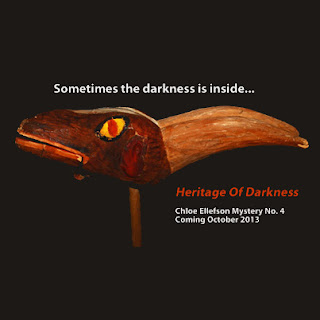 So, what do you think? Are you careful to read books only “in season?” Do you mind reading books that touch on specific holidays? I’d love to hear your thoughts! 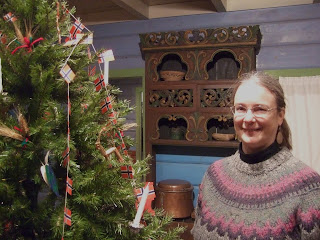 Want to learn more? You'll find lots of resources on the Heritage of Darkness page of my website.
Posted by Anna at 12:00 AM