One of the great things about writing novels is having the opportunity to explore interesting topics along the way. Since my Chloe Ellefson mysteries are set at historic sites, I have all kinds of opportunities to introduce readers to aspects of the museum world.

When planning book 2, The Heirloom Murders, I decided to shine a light on the role historic sites play in preserving old agricultural traditions. Interpreters at living history sites help perpetuate not just old methods, but historic livestock breeds and antique varieties of fruits, vegetables, and flowers. 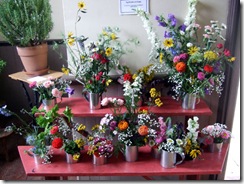 It’s a pretty big deal. According to the USDA, we’ve lost ninety-seven percent of the vegetable varieties once grown in the United States. People have gotten out of the habit of saving their own seeds, passing them along, swapping with neighbors. Large seed companies have overtaken small local ones. Vegetables grown today are largely chosen for their ability to look good after being shipped long distances. Luscious-tasting varieties that didn’t look pretty were discarded. We’ve lost a lot of flavor and diversity along the way. 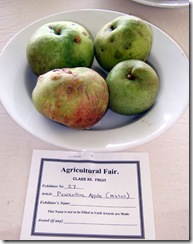 Even worse, some of those old varieties might have been the only type to withstand the onslaught of some new pest or disease. In The Heirloom Murders, Chloe explains the situation to cop Roelke McKenna this way:

Chloe tapped her pencil against her clipboard. “You’ve heard of the Irish potato famine, right? Mass starvation, mostly because a blight hit the potato crop?”

“Right. All the potatoes in Europe succumbed to the disease. But in the Andes, people were growing hundreds or thousands of potato varieties, and some of them proved to be resistant to the blight. If that hadn’t been the case, we wouldn’t be eating mashed potatoes for dinner every Thanksgiving.” 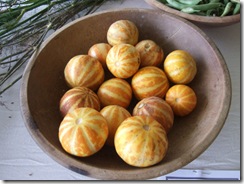 I didn’t know anything about heirloom gardening until I went to work in the historic sites biz myself, way back when. Now I grow heirlooms in my own gardens. Mostly vegetables, but a few flowers too. 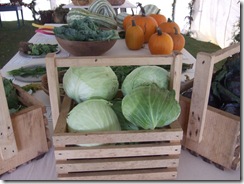 My first goal for any novel is to tell a good story, about characters that readers will come to care about. But if a couple of readers get intrigued by old varieties of vegetables, fruits, or flowers too…well, that would be pretty darn cool.

All photos were taken at an agricultural fair held at Old World Wisconsin, which has an extensive historic agriculture program. For more information about heirloom seeds, check out Seed Savers Exchange.