Old World Murder has two point-of-view characters, a museum curator and a cop. As a former curator, I had that one covered. When I started writing, though, I knew little about police work. Fortunately, the chief and officers of the PD I’m writing about have been wonderful, answering countless questions and letting me ride along on duty shifts.

Still, when I had the chance in September to attend the Writers’ Police Academy in Greensboro, NC, I took it. The event was organized by Lee Lofland, a veteran cop with a reputation for being generous with his time and knowledge. Lee assembled an astonishing group of professionals to provide programs, demonstrations, and workshops. 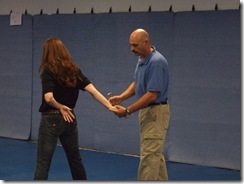 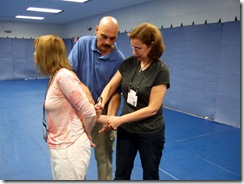 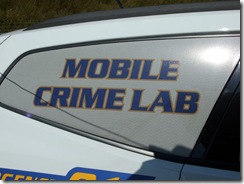 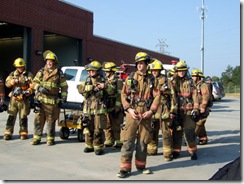 Two of my favorite sessions were offered by Susan Powell, who works in Forensic Science. I got hands-on practice in dusting for and lifting fingerprints. I also learned about fingerprint analysis. 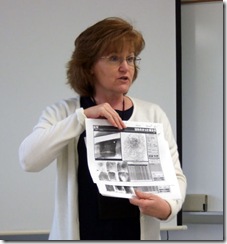 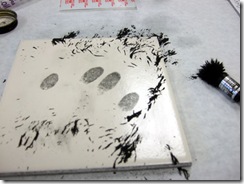 Susan also taught a session called Tools of the Trade, which covered firearms evidence. My WIP includes a gun being shot at close range, and I learned exactly what the powder residue would look like. 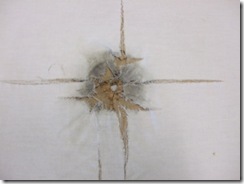 A couple of the programs were a little challenging for me. I attended a talk called “Why People Kill – Motives For Taking Life” by Bill Lanning, who has researched this topic for years. His presentation included slides, which I hadn’t expected. But as he explained, he was talking about—and we are writing about—something intense and terrible. He wanted to remind us that real people are affected by murder.

Another guest speaker, Jonathan Hayes, provided an Autopsy seminar. Mr. Hayes is both a writer and a Senior Medical Examiner in New York City.

I sat in the back, just in case I felt a need to slip out! But although a few of the slides were distressing (to me—no one else seemed squeamish at all), Mr. Hayes was such a respectful and fascinating presenter that I was glad I attended.

The Academy was deemed an enthusiastic success by everyone I talked to. Lee Lofland and his team are considering the possibility of future events. If you’re interested, you can keep track of the news on the WPA website. 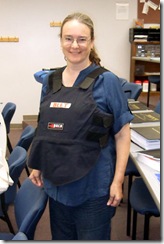